Elephant Grounds BGC Isn't Exactly Like Hong Kong's and That's a Good Thing
Spot.ph
WORDS BY
Henna Yu
IMAGES
Patrick Martirez
PUBLISHED
24 May, 2019
The wood-heavy interiors with lots of space and plenty of plants were designed by JJ Acuna / Bespoke Studio, which also worked on the Hong Kong branches. The stools are silk-screened with Elephant Grounds’ vintage-inspired logo—done by HK-based artists Start From Zero. 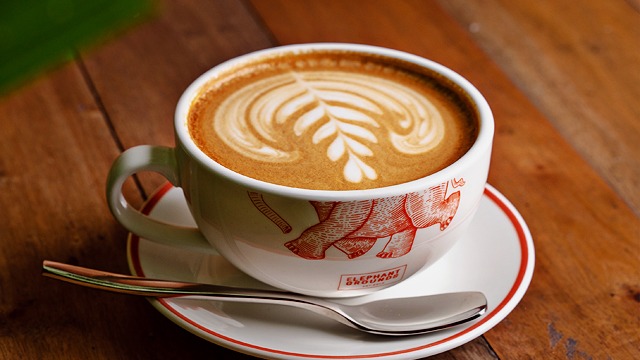 The wood-heavy space is designed by JJ Acuna / Bespoke Studio, which also did the Hong Kong branches.

Elephant Grounds, a café from Hong Kong well-known for their independently roasted coffee and unusually flavored ice-cream sandwiches, balances both sides at their new branch in Bonifacio Global City—which, incidentally, is also their first international outpost. It’s largely thanks to a willingness from the Hong Kong purveyors to give The Standard Group (also behind Ippudo, Yabu, and Mighty Quinn’s) lots of leeway and creative freedom.

There are, of course, some non-negotiables—things that make up the core of Elephant Grounds. The wood-heavy interiors with lots of space and plenty of plants were designed by JJ Acuna / Bespoke Studio, which also worked on the Hong Kong branches. The stools are silk-screened with Elephant Grounds’ vintage-inspired logo—done by HK-based artists Start From Zero.

But everything else, especially the menu, was adapted locally. This allowed The Standard Group to collaborate with Chef Nicco Santos in creating their menu, which focuses on brunch classics. “There were a lot of parameters we had to be careful with,” shares Chef Nicco, “but I’m happy that the brand is letting us create what we think will work [locally]. We have some creative freedom.”

There are three main elements to Elephant Grounds’ menu: coffee, ice cream, and food. Though at its core the menu is similar to Hong Kong’s—toasts, rice bowls, and other breakfast fare—using local produce allows the Manila branch to leave their own stamp on the dishes. “The menu is simple but we chose to work with amazing suppliers and local farmers,” says Chef Nicco. “We tried to have a relationship [with them] so we get the best produce and what’s in season.”

In Hong Kong, Elephant Grounds strives to embody a “Made in Hong Kong” spirit, but allowing their BGC branch the freedom to localize meant that the brand had to evolve, melding both Hong Kong and Manila into their identity. If you're a longtime fan, it's probably not what you'd expect—and that's exactly why you're probably going to love it.