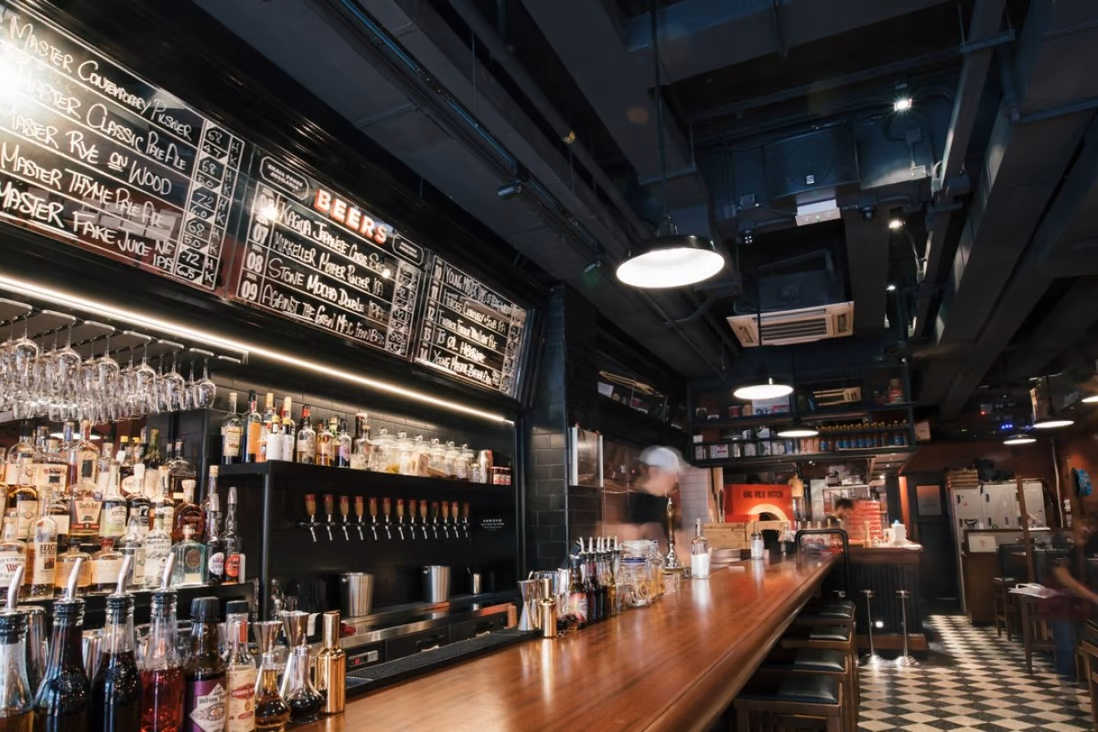 Usually when people come to town, I’m the late-night guy. My friends come for business and I’m quite busy as well, so we always have to go somewhere that’s open late. Hong Kong has a lot of late night offerings. I’m not talking about full dinners, I’m talking about cool, chill bites that are easy to eat and good with drinks.

These are all the places we go to if we’re working late and everybody is ready to hang out or meet up. They’re all independent businesses, they’re not part of restaurant groups and I’d really like to support that.

For late-night Malaysian noodles – very casual – I go to Mean Noodles (Nam Wo Hong Building, 148 Wing Lok Street, Sheung Wan, tel: 3104 0288). The founder, Kevin Lim, actually studied and trained in architecture, but he also trained at Le Cordon Bleu. He designed the interior himself, and he does really inventive stuff with his dishes. The laksa noodles are delicious, and he has a very interesting drinks programme. He has really great cocktails that are Southeast Asian [influenced], like lemongrass and ginger-based gin and tonics.

If I’m in a large group, we go to Blue Supreme (21 Tung Street, Sheung Wan, tel: 2323 3633). They recently made a name for themselves with their brunch and all-day menus and their craft beer selection.

We go there for Scotch eggs and the duck confit burger, and the milk and cookies, which is a dessert. It’s a very New York ambience, very friendly and open late.

If we have a little more time, I like to take people to a restaurant I designed called Pinot Duck (18 Lun Fat Street, Wan Chai, tel: 2891 1177). It’s a large space for casual and easy to eat duck dishes and it’s a great place to have drinks and meet large groups of friends.

The cocktails are Chinese-oriented that mostly have a floral or medicinal base. Also, there’s an extensive wine list, because after all it is a wine and duck destination.

I always order latkes, which is a fried potato dish – the best I’ve ever had in Hong Kong. I also order their meatball dish. It’s moist and the sauce is just right. It’s made fresh every day.

Up 9 (Unit H, 9/F, Winner Building, 13-17 Wing Wah Lane, Central) is a Nepalese place. I love it because it has delicious food, it’s hearty and economical, and it’s open until 5am. It’s a good place for momos: fried momos, chilli momos, steamed momos.